The role of urban green space: how London got its parks

Given the renewed interest in green space in cities – for physical and mental health, sport, enjoyment, relief from extreme high temperatures (providing moderating heat islands) and improving air quality – here is a blog on how London got its parks.

Blog by
David Satterthwaite
David Satterthwaite is senior associate in IIED's Human Settlements research group.
16 June 2022
Collection
The transition to a predominantly urban world
A series of blogs and interviews exploring what social, political and environmental factors cause cities to thrive or decline

When we think of city parks in high-income nations, we usually think of large, centrally-located ones with multimillion-dollar budgets. Yet in London, thousands of smaller parks and public open spaces provide most residents with access – many of them relying on local community organisations for maintenance.

London’s over 3,000 parks and public open spaces cover 18% of the city. Perhaps best known are the eight Royal Parks that include many of the largest and oldest (see table 1). Then come the municipal parks, created by local governments mostly between 1850 and 1900 – some large, but also many smaller parks (see table 2).

How did land escape development to become a park?

Each park has its own history – often going back centuries. For instance, Putney Heath was described as "a wide expanse of open ground, uncultivated, where large crowds could assemble, horses could be raced, troops could be exercised and reviewed, duels could be fought, and highwaymen preyed on the increasing traffic".

St James’s Park housed exotic birds and animals including camels, crocodiles and an elephant. It was also reported to be a meeting place for ‘impromptu acts of lechery’.

The Royal Parks were mostly established as royal hunting grounds. Henry VIII with his insatiable appetite for hunting established Hyde Park as a hunting ground in 1536 on land he took from Westminster Abbey. It opened to the public in 1637 and quickly became popular, particularly for May Day parades.

Epping Forest is thought to have been given legal status as a royal forest to allow hunting in the 12th century. This status allowed commoners to use the forest to gather firewood and foodstuffs, and to graze livestock and raise pigs, but only the king was allowed to hunt there.

In 1856 London’s Metropolitan Board of Works obtained an amending act of parliament giving it the power to provide ‘parks, pleasure-grounds and open spaces’, subject to parliamentary approval.

During the period 1850-1900 the board acquired (usually purchased) the land for parks including many of the largest and best known (see table 2). These were important for the development of sport in low-income areas.

A park’s success depends on it being cheap and easy to access. Battersea Park only took off when a bridge was built linking it to wealthy areas north of the River Thames. Epping Forest’s success was linked to the arrival of the railway in the 1850s serving working-class residents of East London. It was estimated that on one day in 1880, 400,000 people had visited the forest.

Parks need open space, so where in a city wanting to expand its parks is there easily-accessed open space? For London this included former hunting grounds, market gardens, cemeteries and sites ill-suited to development, such as wetlands, riverbanks and obsolete water and sewage treatment plants.

Another source of land for parks were manor houses and their grounds that could become accessible parks without displacing a large population.

Public good and philanthropy in action

Most Victorian parks were on land that local government had to purchase but some were on land given by the landowner – for instance, Trent Park (a country house with extensive grounds), Blackheath Common and Myatt's Fields Park. Myatt was a tenant market gardener, who grew strawberries and rhubarb in the 19th century. The land for Waterlow Park was given to the public as ‘a garden for the gardenless’ in 1889.

For many of the new municipal parks, influential local residents were important for getting parliamentary approval. In 1845, spurred by the local vicar and builder and developer, Thomas Cubitt, a bill was submitted to parliament to form Battersea Park.

As with Coram’s Fields, sometimes land for parks became available when it was no longer used for its original purpose. Another example is Wormwood Scrubs Park which was formerly used to exercise cavalry horses.

The extent of local government engagement in purchasing and developing parks all over London was a surprise to me – and this at a time when the city’s economy and population were growing rapidly. Parks take (often valuable) land out of the market.

So what overcame opposition to them? Fear of plagues? Fear of what epidemics can do to a city’s economy when those that can leave the city do so (as they did in large numbers in response to cholera epidemics)? Fears of social unrest? Or genuine social concerns by reformists?

Richmond Park was used as a summer residence for the Crown or temporary accommodation to escape the plague. In 1698 the Law Courts moved to Hampstead during a plague outbreak.

Londoners also got their sewers in the second half of the 19th century. Sewers and parks were seen as key health measures, since at that time diseases were thought to be transmitted in dark and overcrowded places through a miasma of bad smells. So how much of the expansion in parks stems from the belief that it would address serious public/environmental health issues?

Victorian reformers such as the statistician William Farr lent their weight to middle-class campaigns for urban parks. In 1839 Farr noted how “a park in the East End of London would probably diminish the annual deaths by several thousand… and add several years to the lives of the entire population”.

This blog has not done justice to the far more numerous small parks. For instance Kingston, one of London’s 32 boroughs, has 183 parks, gardens, recreation grounds and nature reserves. Several other boroughs have more than a hundred. Small parks are frequently created on irregular pieces of public or private land, such as in vacant building lots, on brownfield sites, beside railway lines and rivers/canals, and beneath utility lines.

To give a personal example, I live within easy walking distance of three parks. Coronation Gardens (eight minutes’ walk) is a one-hectare park with plenty of space for children to play on land given by Wandsworth’s mayor. King George’s Park (92.4 hectares) is 10 minutes’ walk and has space for a leisure centre, play area and sports fields. Then 15 minutes’ walk away is Wimbledon Park with a range of activities.

Managing parks for the future

But acquiring land is only the first step. Parks need to be managed to:

Where local government lacks the capacity to do this, community organisations have to step in. Community-driven mapping that helps identify land for housing and for urban agriculture can include land for parks with these three activities combined. Well-managed watersheds can support each of these too. So parks are crucial for addressing key environmental, as well as social issues. 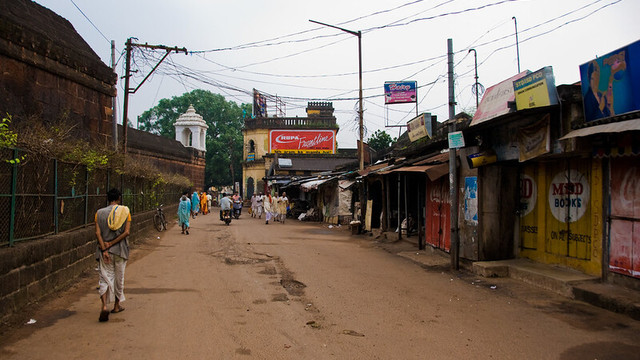 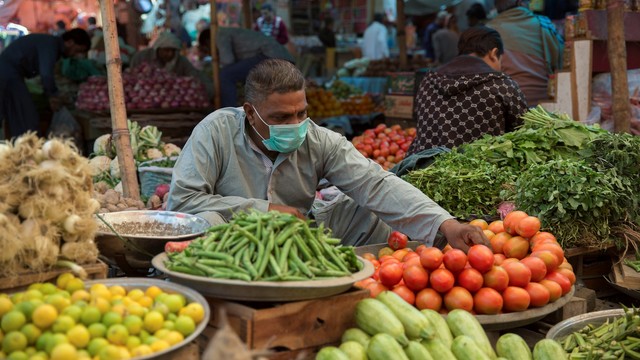