The 2015 Paris Agreement aims to bind the signatory countries to tackle climate change. However, the agreement is not legally binding until it has formally entered into force. Here Achala Abeysinghe, a leading expert on legal issues in international climate change negotiations, explains the key steps needed to bring this vital treaty into force.

Countries must take a number of steps to join the Paris Agreement and make it fully enforceable. Here, Achala Abeysinghe answers the most pressing questions about the key stages on the way to enforcing the agreement.

What are the first steps in becoming a party to a multilateral treaty?

The next step usually involves getting domestic approval to accept the agreement's obligations. This process can be different in each country and depends on the government's constitutional and legal structure; it might involve a simple parliamentary vote or a requirement to enact national legislation. After completing the domestic approval process, a country deposits its instrument of ratification with the designated registrar (for the Paris Agreement it's the Secretary-General of the UN). This is typically the final, formal step in the ratification process. Once a country completes this ratification process, it becomes a Party to the agreement. Once the agreement enters into force, parties to the agreement become legally bound by it. To date, 60 countries have ratified the Paris Agreement but it has not yet entered into force.

It is possible for countries to become parties to the Paris Agreement after it has come into force. The process of gaining domestic approval and depositing a formal instrument with the UN depository is essentially the same but is instead called 'accession'. In any case, ratification, approval, acceptance or accession have the same legal implications.

The Paris Agreement invited parties to submit their nationally determined contributions (NDCs) by the time they join the agreement. The Ad Hoc Working Group on the Paris Agreement (APA) was established to prepare for the entry into force – this includes much preparatory work on modalities, procedures and guidelines (MPGs) to operationalise the agreement's provisions.

What are the provisions for bringing the agreement into force?

AA: According to Article 21 of the agreement, it will enter into force and be implemented 30 days after at least 55 parties accounting for at least 55 per cent of total greenhouse gas emissions ratify (or accept, approve, or accede to) the agreement. This is called the 'two trigger' approach of entry into force.

What happens when the two triggers are met?

AA: Thirty days after the two triggers are met, the agreement will enter into force. Once it does so, it will be legally binding on the countries that have signed and ratified it.

What is the current status of ratification?

AA: As of 21 September 2016, the agreement had 180 signatories. Of these countries, 60 have ratified it, accounting for 47.07 per cent of total global greenhouse gas emissions. The UNFCCC Paris Agreement ratification page has the most up-to-date information.

The US and China (the two largest emitters) have both recently ratified the agreement. Accounting for approximately 40 per cent of global emissions, they make reaching the 55 per cent trigger possible under a number of different scenarios (see the World Resource Institute's interactive Paris Agreement Tracker).

Many countries ratified the Paris Agreement at the high-level ratification event organised by the Secretary-General of the UN, Ban Ki-moon, on 21 September which coincided with the start of the 71st session of the UN General Assembly.

Many other countries have begun or finalised their domestic ratification process, but are waiting to formally submit their instruments of ratification with the UN. The countries/parties that are due to announce their ratification in the near future include:

What is the likely timeline of entry into force of the agreement?

AA: Based on the number of countries that have already ratified or signaled their intent to ratify this year or as soon as possible, and the recent ratifications by the US and China, it is very likely the agreement could enter into force well ahead of 2020, possibly this year or next.

It is widely recognised that such early entry into force would continue the momentum created at COP21, help spur early implementation and reinforce the global commitment to early and ambitious climate action.

For example, if the two triggers for entry into force happen by 7 October, the agreement would enter into force by 6 November.

It is widely recognised that such early entry into force would continue the momentum created at COP21, help spur early implementation and reinforce the global commitment to early and ambitious climate action.

What happens after the Paris Agreement enters into force?

AA: Thirty days after the two triggers are met, the provisions of the agreement become operational and implementation would begin.

According to the provisions of the agreement, CMA1 will adopt various MPGs on a number of crucial areas such as a five-yearly global stocktake, facilitating implementation and compliance, and the next round of nationally determined contributions (NDCs) among others. These MPGs are widely considered the 'rule book' for the agreement, providing detail to the basic structure.

In theory, the Ad Hoc Working Group on the Paris Agreement (APA) should complete its work on developing the modalities, procedures and guidelines (MPGs) so they're ready for adoption at CMA1. This would, in principle, also be the end of the APA mandate. However, it's unlikely that the APA will be able to complete this work if the agreement enters into force sooner than expected (for example this year or next). Some have expressed concern on this point.

Why should all countries ratify the Paris Agreement as soon as possible?

AA: Whether a country is a party or not could determine how far it can contribute to the rule book, for example in actually shaping the rules and influencing their direction.

Only countries that have ratified the Paris Agreement can be parties to it. This is important because only these parties can participate in the decision-making processes of the CMA, including the adoption of important rules and their progressive development.

However, any rule relating to the Paris Agreement developed under the APA must be adopted by the CMA. If countries are not parties to the Paris Agreement, they will not be able to attend the CMA adoption process. Therefore, it is crucial that all countries actively participate in developing and adopting the rule book and 'have a seat at the table' when the CMA takes important decisions.

Developing countries will receive a significant amount of international investment in the form of financial, technological, institutional and capacity-strengthening support to implement their NDCs. This support would only begin to flow once the agreement enters into force. Only countries that are party to the agreement would be eligible to receive this support.

An INDC has no legal status under international law and is merely a goodwill pledge until the country officially ratifies the Paris Agreement.

Finally, most countries submitted their intended nationally determined contributions (INDC) in advance of COP21. However, an INDC has no legal status under international law and is merely a goodwill pledge until the country officially ratifies the Paris Agreement. A country's existing INDC will only become an official NDC when that country becomes a party to the agreement.

Can alternative arrangements be made to allow all parties to participate in the development of the rule book?

If the APA hasn't completed its work, CMA can take over and complete the remaining work. Under this option, only parties to the agreement would be able to participate in the subsequent CMA negotiations.

This option is being informally discussed as an alternative arrangement to allow the rule development process to be more inclusive.

However, if the alternative arrangements are pursued by the parties to the Paris Agreement, it would be wise to have a time-bound suspension, for example for a one-year period, rather than suspending CMA indefinitely.

CMA can then resume next year to take stock of APAs work and adopt the MPGs if they are ready.

How do INDCs become NDCs?

AA: Every party to the Paris Agreement has to submit its first NDC to be deposited in an interim registry on the UNFCCC website. In the future, NDCs will be housed in a permanent registry once modalities and procedures for it are developed by the SBI and adopted at CMA1.

In the lead up to COP21, parties to the UNFCCC were invited to submit their INDCs. To date, 160 INDCs have been submitted (including one for all the European Union member states), reflecting intended efforts for 187 countries and covering around 95 per cent of global emissions in 2010 and 98 per cent of the global population. All 48 LDCs have submitted their INDCs, work which required large amounts of human and financial resources as well as institutional capacity.

When a party joins the agreement it can confirm its existing INDC as its first NDC. For example, countries can submit an official letter requesting the UNFCCC to consider their INDC as their first NDC with their instrument of ratification. See the following official letters of:

A party can also submit an entirely new NDC (potentially more ambitious than its current INDC) when it joins the agreement.

Alternatively, a party's INDC would automatically be considered its first NDC once it joins the agreement (unless the party indicates otherwise).

AA: The agreement sets out that parties should submit successive NDCs beyond 2030. Also, parties are requested to negotiate and agree on a common timeframe beyond 2030.

All 160 INDCs submitted so far will be considered the first NDCs when the respective country ratifies the Paris Agreement, unless the government indicates otherwise.

Many parties expect this to be a five-year rather than a 10-year timeframe to avoid countries being locked into low ambition for long periods. Five-year timeframes also correspond to the five-yearly NDCs communication cycle and the global stocktake under the agreement.

While the first NDCs will relate closely to existing INDCs and be based on the existing guidance regarding contributions (in Decisions 1/CP.20 and 1/CP.21), future NDCs will be subject to further guidance to be developed by the APA and adopted at CMA1. This guidance will be on both the information that needs to be submitted in NDCs and on accounting for contributions.

Second and subsequent NDCs will also need to be submitted at least nine to 12 months before the relevant session of the CMA. This is to allow the UNFCCC secretariat to produce a synthesis report on the aggregate effort for the upcoming contribution period and thereby contribute to the transparency and understanding of individual and collective contributions before the period begins.

Dr Achala Abeysinghe (achala.abeysinghe@iied.org) is principal researcher in IIED's Climate Change Group, and an expert on legal issues in international climate change negotiations. She is currently legal and technical adviser to the chair of the Least Developed Countries Group for the UNFCCC. 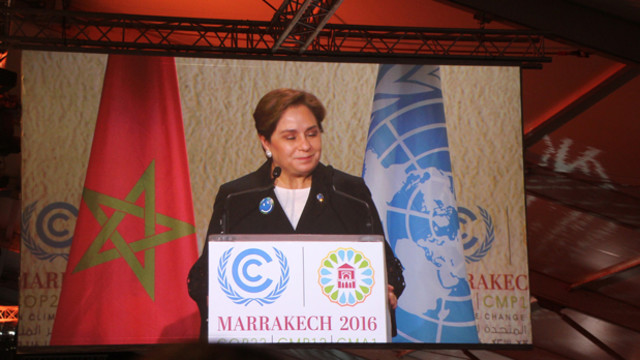 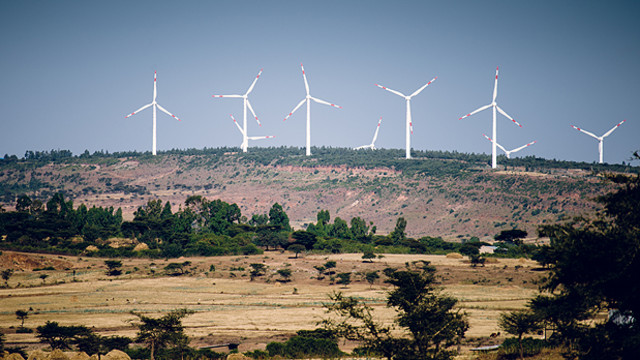 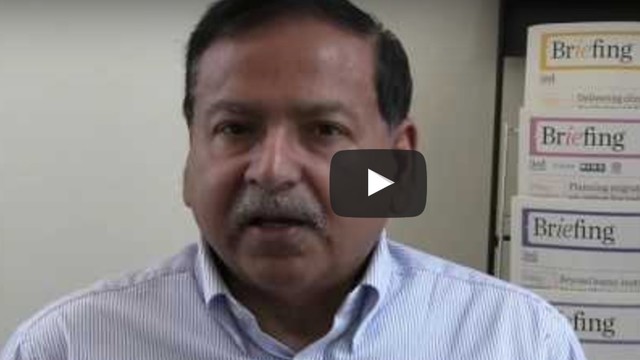