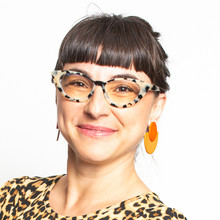 Dr. Alicia Perez-Porro is a marine biologist connecting the environment, gender equality and environmental diplomacy for a more just and sustainable future for all. She is the deputy director of CREAF, a Spanish ecology research centre focused on global change and biodiversity.

Dr. Perez-Porro holds an MSc and a PhD in biodiversity from the University of Barcelona, conducted her doctoral research as visitor scholar for five years at Harvard University, and complemented her science expertise with a MA in international relations and diplomacy from Fletcher School at Tufts University.

In 2018, she was selected to participate in one of the largest, all-female expeditions to Antarctica with the Homeward Bound Project and was awarded the Spanish Red Cross Gold Medal for her efforts advocating for gender equality as a key component of climate action. The following year, she and her teammates founded the Spanish non-profit ‘Ellas Lideran’ to continue their advocacy work.

She was a 2019 Aspen Ideas Festival Scholar, and a 2018 92Y Women inPower fellow. Recently, she co-authored the children’s book ‘The Secret Life of Viruses’, translated to 14 different languages and with more than 30,000 copies already sold.