Taking adaptation to the ground: a story of accessing climate finance through a Small Grants Facility to support ecosystem-based adaptation 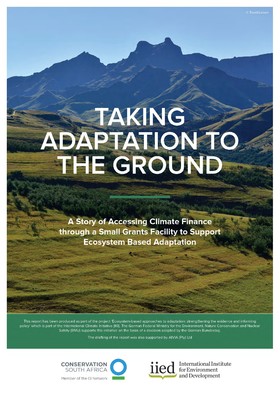 Many communities in the Namakwa and Mopani districts of South Africa are largely dependent on natural resources to support their livelihoods, such as small-scale farming and fishing, and are therefore vulnerable to the impacts of climate change. The Global Adaptation Fund provided funding to develop a Small Granting Mechanism in the two districts after its approval in 2014.

The Small Grants Facility (SGF) community-based adaptation pilot project aimed reduce the vulnerability and increase the resilience of vulnerable communities to climate change. The South African National Biodiversity Institute (SANBI) was the National Implementing Entity (NIE) and was supported by other organisations for the executive and facilitatory functions including SouthSouthNorth (SSN, Executing Entity) and CHoiCe Trust and Conservation South Africa (CSA) as the Mopani and Namaqualand Facilitating Agencies (FA) respectively.

During the Small Grants Facility (SGF) project, CSA became aware of the opportunities and challenges of providing direct access to finance for community-based organisations and many lessons were learnt.

This overview tells the stories from vulnerable communities in the Namaqualand region (Namakwa District, Northern Cape) of South Africa that implemented projects funded by the Small Grants Facility (SGF) as a financing mechanism to deliver tangible and sustainable adaptation benefits to people and nature. It also provides insights that were obtained through interviews with the implementers of the programme, including SANBI and CSA, as well as Small Grant Recipients and talks to their experiences of the delivery of the mechanism. 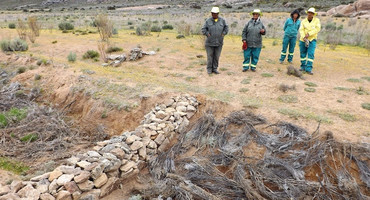 In South Africa, IIED and CSA are reviewing lessons from CSA’s activities to mainstream ecosystem-based adaptation (EbA) within climate policy. 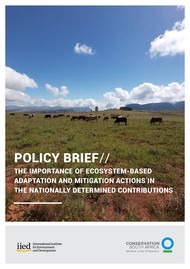 Policy brief: The importance of ecosystem-based adaptation and mitigation actions in the Nationally Determined Contributions 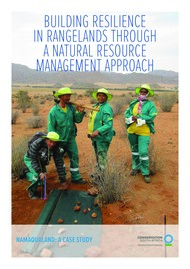 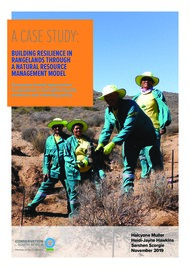 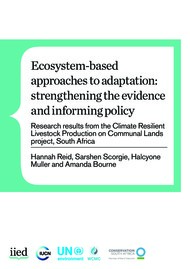